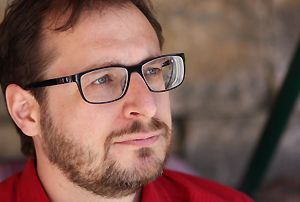 Those who admit that the world will be a better place if one is interested in science and technology and speaks up for rational politics, freedom and cooperation, is often labelled by cynics as a naive starry-eyed-idealist. It is not necessary to do away with religion in order to improve conditions for all sensible living beings on this planet. It is, however, much easier to improve conditions in this world without additional religious and irrational ballast. A more or less implemented separation of state and religion and a rejection of the impositions and overbearances of religious matters in civil societies is the necessary requirement for prosperity and peace. Especially swiss problems, such as the ban of minarets, covering headwear and veiling in connection with the tradition of tolerance are often, especially in Switzerland, of little interest. What kind of importance our activities in Western Europe have for the entire World, will also be examined. In addition, the speaker will share some anecdotes and oddities he experienced in his personal life while meeting atheists as well as non-atheists. Valentin Abgottspon is a secular activist and teacher. Besides his work as an educator of minors, he also teaches politicians, judges and public authorities how separation of church and state can function and how religious neutrality in the political system, and especially in primary school , can be better implemented. The school authority dismissed Valentin Abgottspon without notice in October 2010 due to the fact that he refused to place a crucifix in his class room or participate in denominational religious events. This improper dismissal rippled to world wide attention. The highest cantonal court has, in the meantime, classified the dismissal as illegitimate and disproportionate. Valentin Abgottspott has fought and still fights for the the adherance to human rights and stands for an evolutionary humanistic position in life while acting, thinking and consuming. He is vice president of the Freethought Association in Switzerland and President of the Wallis Freethought branch.